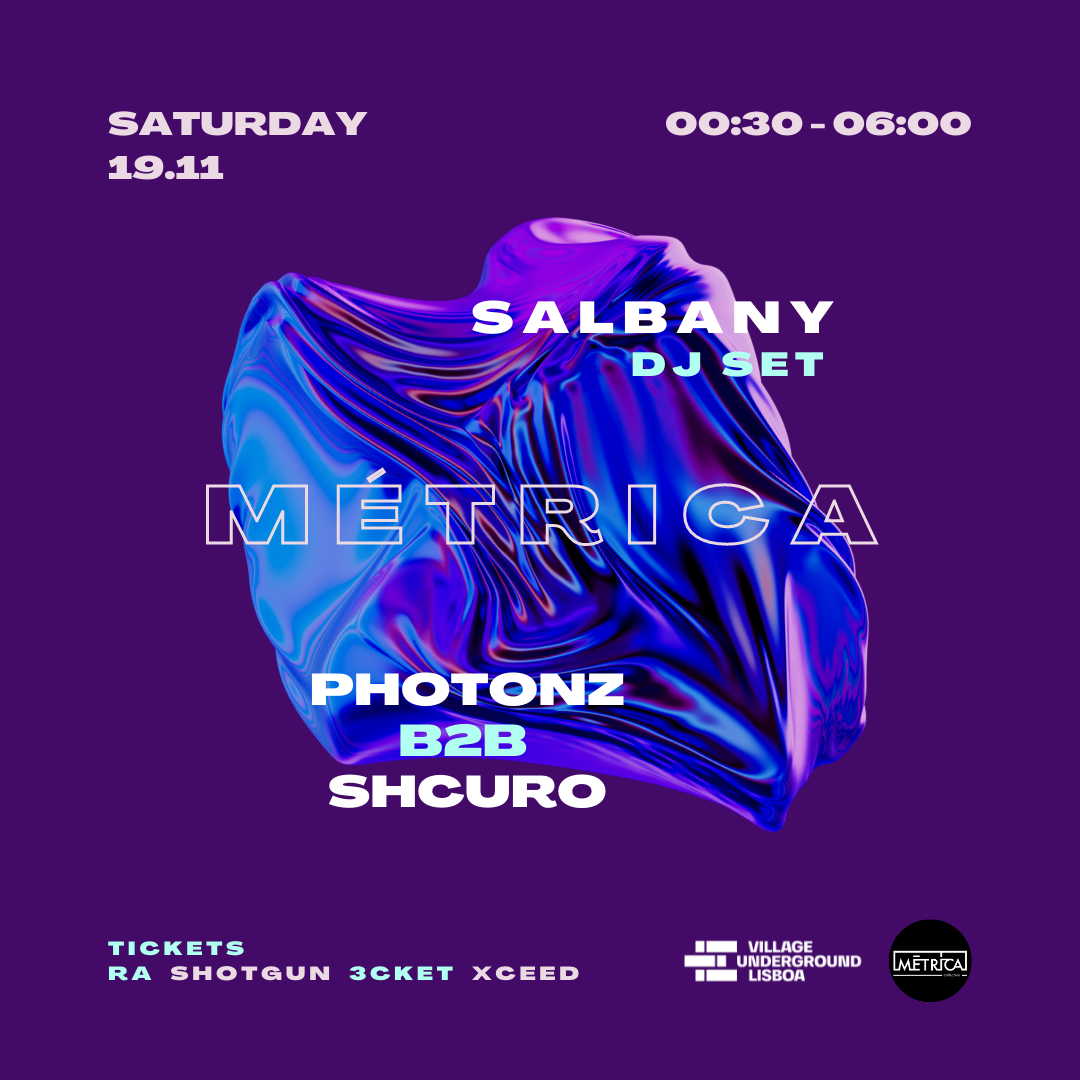 Photonz is a Lisbon-based artist, founder of Rádio Quântica and mina, and has developed his own brand of jacking, acid-powered Detroit house, and electro. As a producer, Photonz debuted on Dark Entries, released on fellow Portuguese artist Violet’s Naive label, as well as launched his own Alphabet Street label with Yen Sung.

Shcuro is a regular guest at Lux Fragil. His sets are a hypnotic blend of modern and oldschool techno, electro/breakbeats. He already released EPs for labels like Naive, Dark Entries records, exploring new territories in modern dance music.

Salbany is the alias of Guilherme Alves. The passion for techno was always there and in 2018 he became a producer. As a great fan of anything that is analog machinery, synthesizers, sequencers, external effects and so on, he progressively started to acquire equipment which, by the end of 2019, built his first EP, thus creating his Salbany alias. In his performances, both live and DJ sets, the influence of Detroit and 90’s Techno is notorious.

In March 2020, Salbany debuts his live act and soon becomes a techno revelation within the national scene. In April of the same year, he edited his first EP by Modulhertz Records (Natural Runner).