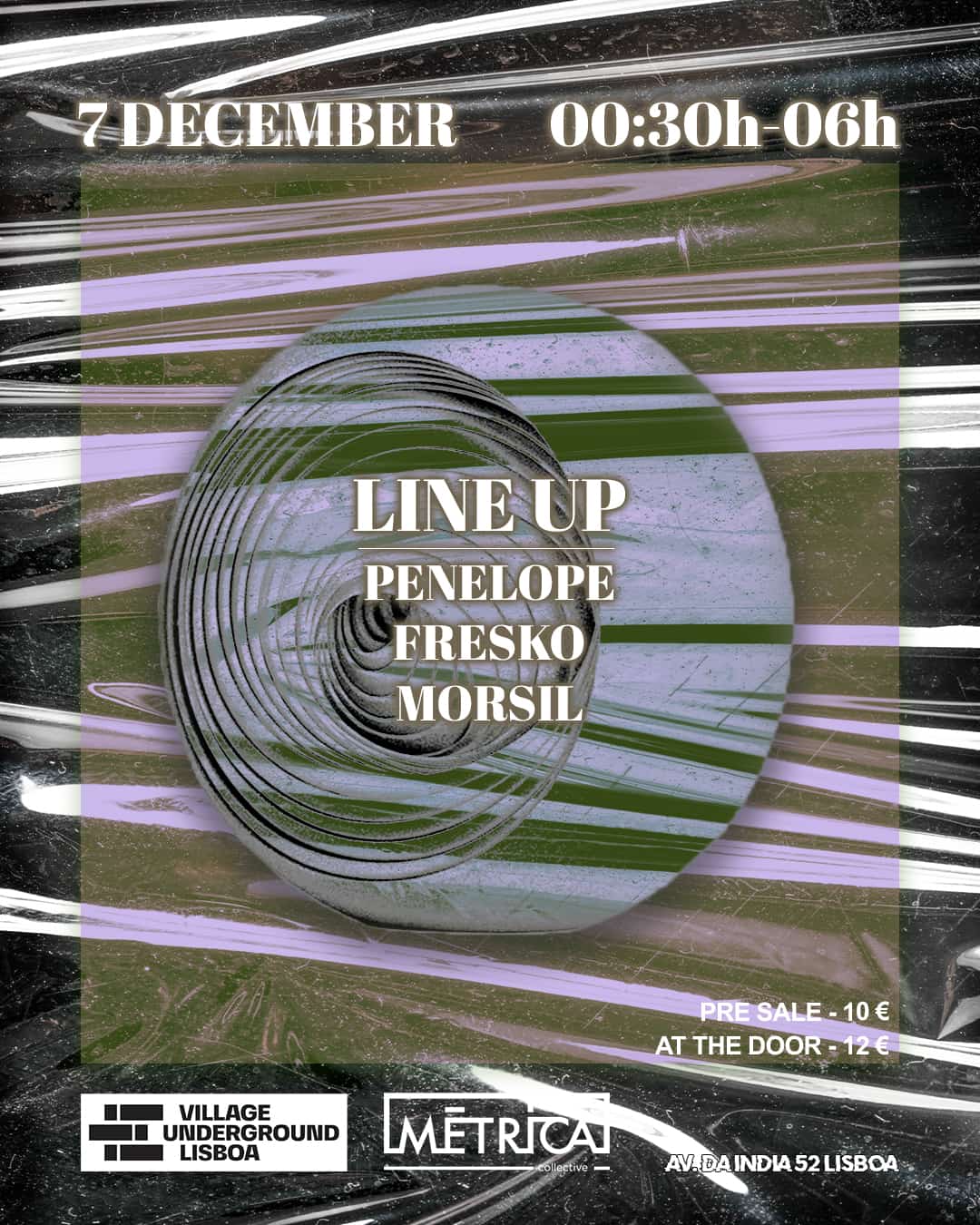 A passionate traveler and digger with a thirst for new horizons to fuel her creativity. Born in Paris and now a Lisbon resident, Penelope’s sound is a unique expression of her broad taste that ranges from house to techno and all electronic experimentation.

From Paris to Lisbon, through Berlin, she has spent years refining her taste around the deep and dub-influenced sound that she loves. Founder of the oDYSea parties in Lisbon, she is a familiar face of the local Portuguese underground scene as well as in Europe.

She made her production debut in 2021 on the spanish label Tresydos and has just released on Belgium Basic Move’s new sublabel For Playful Manners.

Has been around since 2013. He started his journey as a DJ and producer with the Warface collective, a project in Lisbon that explored the sounds of UK Bass and other sub-genres. Fresko has released music on portuguese labels Elberec and Hayes, and others such as DeadCert, Obscuur and many more.

Some of his tracks have been played by the likes of artists like DVS1, DJ Stringray, The Advent and many local artists. His selections are wide and eclectic, exploring inside house, techno and electro, while remaining open to other genres to discover new paths.

Is a serious case of overwhelming and unbridled passion for techno. Born in the 90s, in Porto, Morsil is part of a generation that embraced first hand the growth of the electronic music scene in Portugal, with the absorption of various styles and musical trends and with the generational influence being clearly key factors, techno came much later in her life.

Adding her passion to her own innate abilities, all sums up to make what she is and does today: complete control of space and time as soon as she takes her role in the booth, unpredictability combined with an intrinsic ability to go beyond borders, not imposing limits on her eclecticism, and at the same time always keeping her musical line: music with texture, hypnotic obscurity, heavy, hard and mechanical movements, sometimes faster, sometimes slower, but always with the ability to transport.